Thank you for stopping by I'm thrilled to be joining in with the fab cover reveal for The Lucky Dress by Aimee Brown.

So what are we waiting for let's take a look... 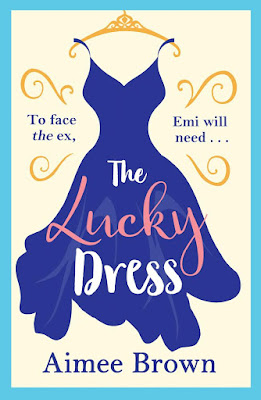 Well now that we have seen the gorgeous cover let's take a look at the description for the book...

We all have our lucky dress... an irresistibly hilarious rom-com: perfect for fans of Anna Bell, Jo Watson and Sophie Kinsella.

Emi Harrison hasn't been feeling particularly lucky lately. Ever since her ex-fiancée, Jack Cabot, successfully shattered her heart into a million pieces. She's managed to avoid him for a whole year, but all that's about to change at her brother Evan's wedding...

She will have to face Jack, Jack's sister, Jack's parents, and Jack's new girlfriend: a mean girl that just won't quit. What could possibly go wrong?

But with her lucky dress on, she might just find new love, life, and maybe even happiness at last! 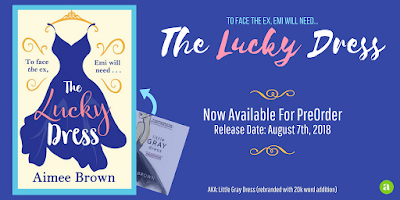 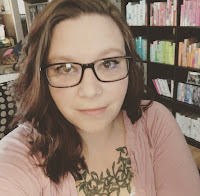 Aimee Brown is a writer of romantic comedies set in Portland, Oregon, and an avid reader. She spends much of her time writing, raising three teenagers, binge-watching shows on Netflix and obsessively cleaning and redecorating her house. She's fluent in sarcasm and has been known to utter profanities like she's competing for a medal.
Aimee grew up in Oregon but is now a transplant living in cold Montana with her husband of twenty years, three teenage children, and far too many pets. She is a lot older than she looks and yes, that is a tattoo across her chest. Aimee is very active on social media and would love to see you stop by and say hello.