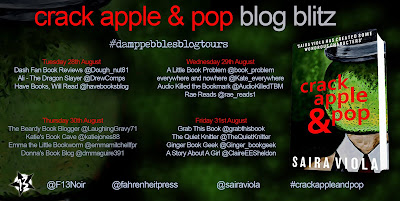 Thank you for stopping by I'm happy to be shining a spotlight on Crack Apple & Pop by Saira Viola as part of the blog tour today.

Well let's take a look at the description for the book... 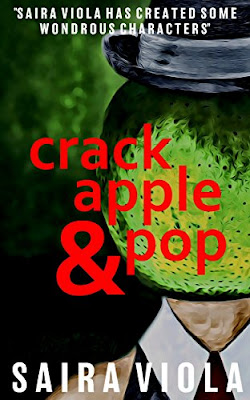 Tony is a handsome young boxer forced into a life of crime after suffering a vicious blow in the ring.

Seduced by the glitz and glamour of London and mentored by charismatic gang lord Don March he rises rapidly up the crime ladder until he spies an opportunity to start a semi-legit Natural Highs business.

All seems to be going well until in the shadows, a Bollywood mobster threatens to derail their plans.
Chaos ensues, of course it does – wonderful, beautiful, visceral chaos.
The deft wit of Hammett meets the vivid poetics of Chandler: Crack Apple and Pop is slick smart and razor sharp. A gritty and sometimes metafictive slice of London noir.

Whether it’s law, finance, the music biz, or the boxing ring: money is king. And only the ones prepared to risk everything will survive...

Published by:
Crack Apple & Pop was published by Fahrenheit 13, an imprint of Fahrenheit Press, on 12th June 2018. 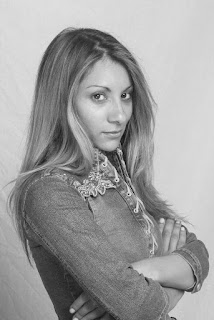