Thank you for stopping by I'm taking part in the blog tour for Josie James and the Teardrops of Summer today and I'm delighted to be sharing a guest post by Lily Mae Walters. First of all though let's take a look at the description for the book... 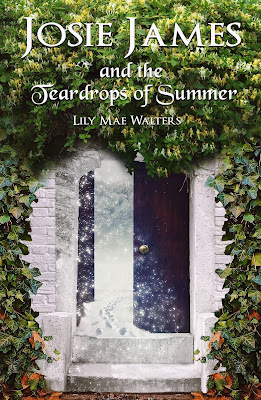 Josie James is an ordinary 13 year old until something extraordinary happens during her summer holidays.

Whist staying at her Great Grandmother's cottage in the country she finds herself swept into the cursed world of Suncroft where it is perpetual winter.

Her new friends believe she could be the Chosen One who it is foretold will lift the curse, but there are more pressing matters.

The Teardrops of Summer - magical crystals that render the owner immortal - have been stolen.  Along with her telepathic husky-dog Protector Asher and her new friends, Josie must race to find the
Teardrops and prevent catastrophe for their world.

I am and always will be a complete and utter pantser.  I very rarely plot or plan any further than the next chapter so writing a series of books that all follow on from each other is a challenge to say the least.

When I started writing the Josie James books I had a vague idea of what each would be about and an overall feel of the entire series but as there were many years between starting the first book and finishing it, I had to read the chapters over and over again to re-connect with the characters and get to know them all once more.

Writing a series is a wonderful experience because you get to spend more time with the characters then you normally would but it can also prove to be much harder as you have to ensure continuity between all the books and that not only do the characters have the same appearance but also that their personality and voice remains consistent throughout.

When I was editing book 2 in the series, I first read book 1 all the way through and realised that I had magically brought two characters back to life and created a whole different use for one of the crystals.  I have now started a notebook with key facts about each character that will grow alongside the books.

I am just about to start writing book 3 and I’m looking forward to getting to know a new character that was introduced at the end of book 2.  I will be reading both books again before I start and going through my notes to make sure the facts are correct this time.

Although the books are a series and are meant to be read in a specific order, I always make sure that if I am using a term or character from a previous book, that I explain briefly their previous role.
Writing a series has taught me some new techniques which I hope make me a better and more planned writer.  I try now to have more of an idea about each chapter but I still usually just sit down in front of my laptop and write.

Sometimes a whole new character will emerge that I’ve never even thought of or the story may go in a whole different direction that I’d not even considered or a plot twist might suddenly leap into my head.  Even with the plans I have, I always allow myself the freedom to change the story as the characters dictate, after all it’s all about them, not me. 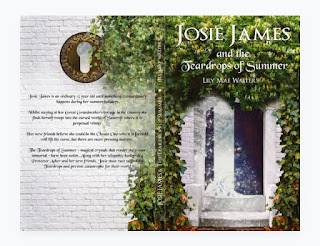 Lily Mae Walters chose her pen name in honour of her beloved grandparents who also stare in the Josie James series.

She is married with two teenage children, and two huskies that are the inspiration behind Murphy and Asher in the books.

Lily Mae lives in Nuneaton, England and finds herself using local  places and even her old school in her stories.

Family and friends mean the world to Lily Mae and many will find themselves popping up throughout the series.

Lily Mae also writes for adults under the name of Florence Keeling.

*Terms and Conditions –UK entries welcome.  Please enter using the Rafflecopter box below.  The winner will be selected at random via Rafflecopter from all valid entries and will be notified by Twitter and/or email. If no response is received within 7 days then I reserve the right to select an alternative winner. Open to all entrants aged 18 or over.  Any personal data given as part of the competition entry is used for this purpose only and will not be shared with third parties, with the exception of the winners’ information. This will passed to the giveaway organiser and used only for fulfilment of the prize, after which time I will delete the data.  I am not responsible for despatch or delivery of the prize.

You can catch up with the rest of the blog tour, see below... 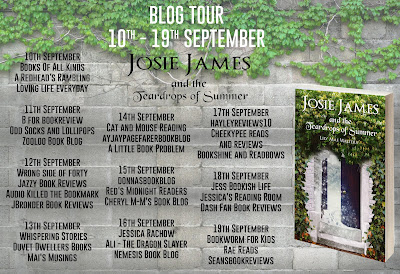