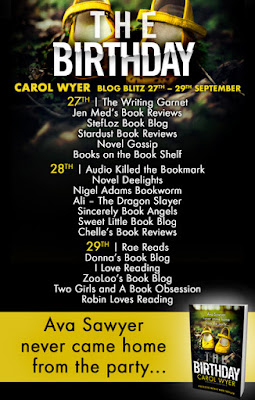 Thanks for stopping by I'm so happy to be one of the stops on the blog tour for The Birthday by Carol Wyer. I have been looking forward to sharing my review for quite some time but first of all let's take a look at the description for the book... 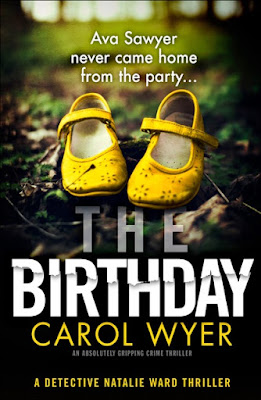 When five-year-old Ava Sawyer goes missing from a birthday party at a local garden centre, the police are bewildered by the lack of leads. That is until two years later, when Ava’s body is found and another little girl, Audrey Briggs, goes missing. Audrey also attended that party …

Leading the investigation is Detective Natalie Ward. A mother of two teenagers, this case chills her to the bone, and is a disturbing reminder of the last job she worked on. One that still keeps her awake at night…

Natalie soon discovers that Ava’s mother has some worrying gaps in her alibi and as she digs deeper, she’s sure Ava’s father is not telling the full story. And what did the owner of the garden centre Elsa see that day? Something that she’s not telling Natalie …

Just as Natalie is facing up to the grim possibility that Ava and Audrey were killed by someone close to home, another little girl from the party doesn’t come home from her ballet lesson. Can Natalie find a way to stop this killer before more innocent lives are taken?

Gripping, fast-paced and nail-bitingly tense, this book will keep you flying through the pages long into the night. Perfect for fans of Angela Marsons, Rachel Abbott and Karin Slaughter.

With me being a fan of the DI Robyn Carter series I have to admit to being a little on edge as to whether I would get attached to Natalie's character as much as I had with Robyn. Well I don't know what I was worried about! Now Natalie  isn't necessarily perfect and has a few demons from her past especially when it comes to her work but she is such an engaging character. I really enjoyed the insight into her family life as it helped to create a more balanced character. Along with seeing her determination to do her job which creates a really well rounded story.

In a way this book was on occasion difficult to read especially as it's a parents worst nightmare but it is also a case that pulled me in and held me completely captive! There was not only the investigation but parts where we see the emotional impact on the family members that we see grieving.

I could not wait to discover who the killer was along with the motive, I think the pressure was getting to me as at one point I said out loud "but who is it?" I would say that when you are talking to a book then you know you are fully invested in the story! One of the things that I enjoy about Carol Wyer's writing is that even though I will never make a great detective I feel as if I'm part of the story and right there with the team figuring out the evidence and putting all the clues together.

Carol Wyer is a brilliant storyteller who can wrap you up in knots as you try to figure it out along with ramping up the tension and suspense until you find yourself half off the sofa (or maybe that's just me) as your heart rate picks up right until the thrilling conclusion. I can't wait to catch up with Natalie and her team in the next book!

The Birthday is dark, edgy and utterly brilliant!

With thanks to Kim at Bookouture for my copy via Netgalley. 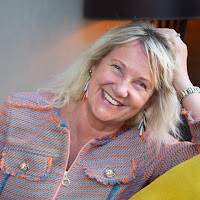 Carol Wyer garnered a loyal following as an author of romantic comedies, and won The People’s Book Prize Award for non-fiction (2015). In 2017 she stepped from comedy to the “dark side” and embarked on a series of thrillers, featuring the popular DI Robyn Carter, which earned her recognition as a crime writer.
The Staffordshire-based writer now has more crime novels in the pipeline, although she can still sometimes be found performing her stand-up comedy routine Laugh While You Still Have Teeth.
Author Links
www.carolewyer.co.uk
https://www.facebook.com/AuthorCarolEWyer
https://twitter.com/carolewyer