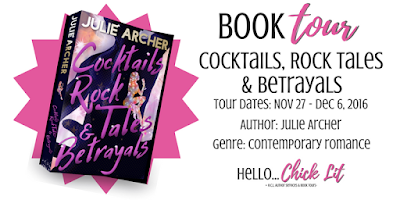 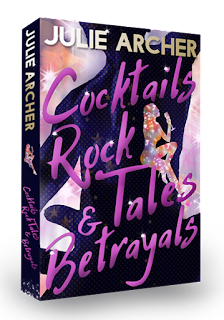 A bar, a band and a Thorne between two roses…

Caro and Nate are perfect for each other. Trouble is, Nate is really Alik Thorne lead singer of the Next Big Thing in rock music and his girlfriend, Edie, isn’t really prepared to share him…

Caro Flynn leaves behind the sultry nights of Mallorca to open her own bar back home. Romance wasn’t high on her list of priorities, but a last minute fling makes her think again…

Edie Spencer-Newman always gets what she wants. But when she sets her sights on something a little too close to home, she’s about to stir up a whole heap of trouble…

When the consequences of a tragic accident cause relationships to crumble, will anyone find a happy ending? 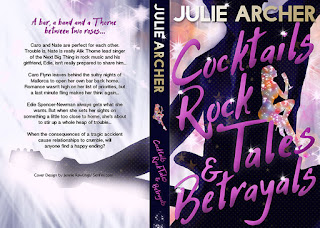 “Caro had turned down Poppy's suggestion of a shopping trip to get a massage at the hotel spa. As the masseuse worked her magic on the knots in Caro's back, she started to relax. Until she hit the cluster in the centre of her shoulder blades and Caro almost hit the ceiling. Damn, this woman was good. After about an hour, during which she alternated between blissful relaxation and uncomfortable tension, she started to feel better. And a lot looser. She hadn't quite realised just how stressed and tight she was. Although most people around her probably would have done. Giving the woman a hefty tip, she headed towards the swimming pool to further unwind. Pulling her caramel hair up into a messy ponytail, she slipped into a pair of houndstooth checked bikini bottoms and a simple black tankini top. After all, it wasn't as if there was much sunshine to get a tan with.

Sliding effortlessly into the water, she started to swim, a slow, lazy breast stroke. The peace was shattered by someone diving straight over her head, cleanly into the water, and surfacing almost immediately in front of her.

“What the...” she began, aggrieved at being disturbed. “What are you doing here?”

Alik faced her. “I thought you were out with Poppy.”

Caro shook her head. “Couldn't face it. Needed some time to myself this morning after yesterday.”

They circled each other, treading water. Their bodies were getting closer, drawn together by the gentle swell of the pool. Caro was acutely aware of their lack of clothing and their proximity to each other. Alik reached past her to steady himself against the wall, his fingertips brushing her shoulder.

The gentle fluttering of his skin on hers brought a shiver to her spine, despite the humidity of the pool room. He moved toward her, placing his arm the other side of her, effectively trapping her between the side of the pool and his body. She couldn't breathe, the effort of treading water, trying to ignore the feelings that were dancing around her head, plus the way her treacherous body was responding. She closed her eyes and when she opened them seconds later, Alik's face was directly in front of her, their noses almost touching, a mixture of lust and longing reflected in those beautiful blue-grey eyes of his.

It wouldn't take much...

Suddenly Alik sprang away from her. She focused and saw Edie sashaying towards them.

“Funny how you two are together again,” said Edie. “One would almost wonder who Alik's girlfriend actually was.”

Alik hauled himself out of the water and Caro watched the water cascading off his muscular, tattooed arms. Arms that had, until moments ago, almost encircled her. Taking a steadying breath, she addressed Edie. “One would, considering that you were nowhere to be seen yesterday when Alik needed you.”

“And you just happened to be there to step in.” Edie peered down at her in the water. “Conveniently.”

Caro shook her head, ignoring what her heart was telling her. “I'm not having this conversation with you Edie. Given that the festival isn't your scene and Alik can't go back there today, maybe your time would be better spent together as a couple. I can highly recommend the masseuse.” And she swam away from them.” 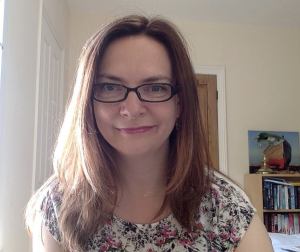 About the Author:
Julie Archer
Bio:
Julie Archer grew up in Hampshire and lived in Reading before moving to the beautiful riverside town of Dartmouth in Devon. She still feels like she’s on holiday.

Julie trained as a journalist, then went into teaching (kept meeting the sixth form students in the pub, awkward!).

After that she ‘fell’ into recruitment, spending more years there than she cares to mention, where the most creative thing she did was to create a sexy top line for job adverts! Since moving to Devon, she set up her own business offering virtual administration and recruitment services, worked for an accommodation company and is currently moonlighting in the local bookshop…

Also, COYS, Cats, Metal. Underneath this preppy exterior beats the heart of a rock chick.

Visit all the stops on the Tour: 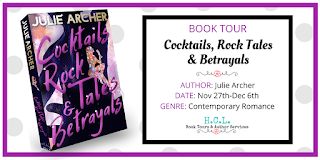