Thank you for stopping by this is my second stop on the Blog Tour for Be My Baby by A.L. Michael. I have loved reading this series about this amazing group of friends and I can't believe it has come to end. If you get chance you can read my review of Be My Baby here.

First of all lets take a look at the book, then read on for a brilliant guest post from A.L. Michael and lastly why not enter the lovely giveaway! 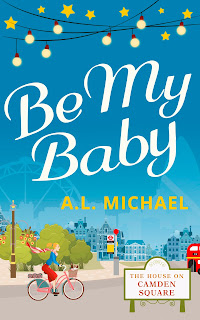 If you asked Mollie whether she struggled as a single mum, she’d have to cover her daughter’s ears before answering. Surrounded by friends, watching Esme grow into the sassiest eleven-year-old in North London, and building her name as TV chef Mollie Makes, Mollie’s never been happier. Well, that’s what she’d tell you. But as her best friends pair off, and Esme starts getting into trouble at school, Mollie wonders whether life would be different – not better…but easier – with a team mate.

But Esme’s dad, Jamie, would be the last man Mollie would team up with. After all, he made it clear eleven years ago that he wasn’t interested in playing the family game. So when he suddenly reappears, Mollie can’t believe her eyes. And soon, she’s got to ask herself the hardest question yet: she knows she can succeed as a single mum. But what if her daughter doesn’t want her to?


Girl Power and Be My Baby


I have a love of anything where women are being fierce, independent warrior queens. I think we need more of that, especially now. We’re living in a strange time, where we have the illusion of equality, and yet, women still get paid less, judged more, and are still more likely to be killed by someone they love.

Not to be a downer.

So, the House on Camden Square series was about a celebration of being female. Of being strong, of being vulnerable, being in pain and unsure and still doing your best, because that’s all you can do. It was about social mobility, and being able to do anything you wanted, regardless of where you were from, and I wanted the book to contain some powerful female role models for the child character, Esme.

Esme is already a fiercely independent female in waiting  - she doesn’t know why she couldn’t do anything she wanted, and that’s exactly the kind of attitude we should instil in kids. Whereas Ruby, Evie, Mollie and Chelsea were told they’d never amount to anything, because of where they were from and who their parents were, they’ve worked hard to make sure Esme never feels that way.

Which isn’t always easy when you go to a posh North London school where the kids are slightly more judgemental than those back home in your tiny village.

The kids tease Esme because she’s not like them - she’s slightly otherworldly, in knowing who The Ramones are, and wanting to be an ichthyologist (studying fish). She loves books, and doesn’t watch the TV the other kids are watching. She wants to be like her mum, and hear stories about them growing up. She wants to be something more than everyone else. Hell, the kid can make a bang on kale smoothie without even thinking about it. She’s different.

And not everyone gets that. But the point is that it doesn’t matter - you do what you need to do to be happy, and that’s the epitome of girl power. Girls are told to be nice, to be polite, to let other people have the last cookie. But what we need is a generation of girls who will not stifle what they want just to be polite. We need girls who will go for that last cookie and know exactly why they deserve it.

Be My Baby is about a woman who had a child as a teenager, and how she ended up doing it alone, when she thought she was with someone who would love her. It’s about being a fierce mama bear, and doing what she needed to raise a happy, healthy child who doesn’t need to fit in and be like everyone else. But part of being fierce is also being vulnerable, and that’s Mollie’s lesson. Sometimes you get hurt, and you think the hard work is picking yourself back up and getting on with it. But it’s not. The hard work, and the very brave work, is to take that chance, to tip toe to the edge and take a chance again, because maybe, just maybe, everything will be wonderful. 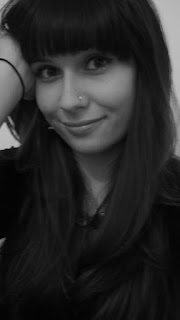 She's a fan of cheap wine, expensive chocolate and still wants to be a secret agent when she grows up, but she'll settle for lying on the page.


My reviews for the first two books in the series can be found below:

Goodbye Ruby Tuesday by A.L. Michael
Nice Day for a White Wedding by A. L. Michael

a Rafflecopter giveaway
at December 03, 2016