Thank you for joining me today on the Blog Tour for One Dark Lie by Clare Chase. I have a great giveaway for you today but first of all let's take a look at the description for the book... 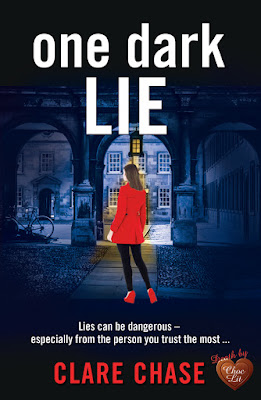 ONE DARK LIE
BY CLARE CHASE

The truth can hurt, and sometimes it leads to murder …

After becoming embroiled in a murder investigation, Nate Bastable and Ruby Fawcett have decided to opt for the quiet life. But crime has a habit of following them around.

When her work dries up, Ruby finds herself accepting a job researching and writing about Diana Patrick-John, a colourful and enigmatic Cambridge academic. Simple enough. But then there’s the small fact that Diana was found dead in suspicious circumstances in her home – the very place where Ruby has now been invited to stay.

As she begins to uncover Diana’s secret life, Ruby’s sleuthing instinct kicks in, leaving her open to danger and retribution. But can she rely on Nate to support her? Especially when his behaviour has become increasingly distant and strange, almost as though he had something to hide … 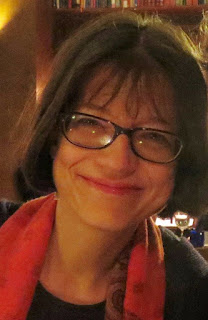 Clare Chase writes mysteries set in London and Cmbridge featuring crime-solving couples. She fell in love with the capital as a student, living in the rather cushy surroundings of Hampstead in what was then a campus college of London University. (It’s currently being turned into posh flats …) After graduating in English Literature, she moved to Cambridge and has lived there ever since. She’s fascinated by the city’s contrasts and contradictions, which feed into her writing. She’s worked in diverse settings – from the 800-year-old University to one of the local prisons – and lived everywhere from the house of Lord to a slug-infested flat. The terrace she now occupies presents a good happy medium.

As well as writing, Clare loves family time, art and architecture, cooking, and of course, reading other people’s books.
She lives with her husband and teenage children, and currently works at the Royal Society of Chemistry.
One Dark Lie is her third novel with Choc Lit. Previous titles are You Think You Know Me and A Stranger’s House.

A fantastic prize going to one winner!!!

1.     paperback copy of A Stranger’s House (the first Ruby Fawcett and Nate Bastable Cambridge mystery),
2.     a sweet treat from Hotel Chocolat and
3.    a Cambridge key ring.