Thank you for joining me today it's my second stop on the blog tour for The Chateau of Happily Ever Afters by Jaimie Admans. You can catch my first stop here where I reviewed this wonderful story! Today I have a guest post where Jaimie shares some of the main character Wendy's favourite recipes. Now just a little warning that you will become very hungry after reading this post :)

First things first let's take a look at the description for the book... 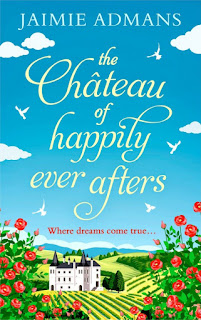 Wendy Clayton stopped believing in fairy tales a long time ago. Instead, she has a ‘nice’ life. Nice job. Nice flat. Absolutely no men. Until her life is turned upside-down when her elderly neighbour, Eulalie, passes away and leaves her the Château of Happily Ever Afters!

But there’s a catch: she must share the sprawling French castle with Eulalie’s long-lost nephew, Julian. And no matter how gorgeous he is, or how easily she finds herself falling head over heels, Wendy needs to find a way to get rid of him…

Because surely happily ever afters don’t happen in real life?

Escape to beautiful France this summer with this uplifting romantic comedy. Perfect for fans of Kat French, Caroline Roberts, and Holly Martin.

Will also be available from all other ebook retailers.

In The Château of Happily Ever Afters, Wendy’s a baker – well, technically she works in a supermarket but she wants to be a baker, and she’s really good at it (unlike me!) In fact, feeding Julian becomes a bit of an obsession for her, and writing the book definitely had me drooling over some of the things she and her new friend, Kat, bake, so here are some of Wendy’s favourite recipes. I’ve not tried most of these due to fear of burning my house down given my lack of talent when it comes to cooking!

One of the only things I’ve actually tried: this is the baked Camembert that Wendy makes for Julian one day.
http://www.jamieoliver.com/recipes/cheese-recipes/beautiful-baked-camembert/

Blackberry muffins from one of my favourite scenes:
http://www.simplyrecipes.com/recipes/blackberry_muffins/

Coconut and raspberry tarts that Wendy makes with raspberries growing in the grounds of the château:
http://www.olivemagazine.com/recipes/raspberry-and-coconut-macaroon-tarts/

Lemon drizzle cake that Wendy turns to when she’s at a loss for what else to offer:
http://www.goodtoknow.co.uk/recipes/495867/mary-berry-s-lemon-drizzle-cake

Kat’s olive bread that goes down a treat with her customers:
http://www.clairekcreations.com/2011/04/olive-bread-the-best-bread-ive-ever-baked/

Another one I’ve actually made and am still alive to tell the tale! One of the simplest recipes that also turned into a scene I loved writing - Scottish shortbread:
http://www.jamieoliver.com/recipes/uncategorised-recipes/scottish-shortbread/

Apologies in advance for making you hungry and ruining your diet! Writing this book was extremely bad for my waistline!

With thanks to Jaimie for the fab guest post! 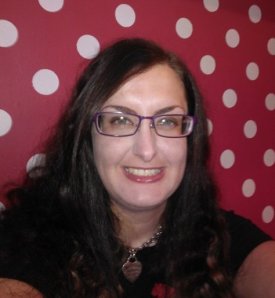 Jaimie is a 32-year-old English-sounding Welsh girl with an awkward-to-spell name. She lives in South Wales and enjoys writing, gardening, watching horror movies, and drinking tea, although she’s seriously considering marrying her coffee machine. She loves autumn and winter, and singing songs from musicals despite the fact she’s got the voice of a dying hyena. She hates spiders, hot weather, and cheese & onion crisps. She spends far too much time on Twitter and owns too many pairs of boots.

She will never have time to read all the books she wants to read. 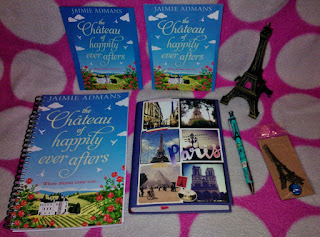