Thank you for joining me on the blog tour for 37 Hours by J. F. Kirwan today I'm sharing a great guest post where J F Kirwan talks about basing fictional characters on people you know. First of all though let's take a look at the book... 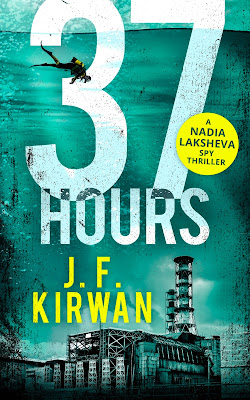 After two long years spent in a secret British prison, Nadia Laksheva is suddenly granted her freedom. Yet there is a dangerous price to pay for her release: she must retrieve the Russian nuclear warhead stolen by her deadliest enemy, a powerful and ruthless terrorist known only as The Client.

But her mysterious nemesis is always one step ahead and the clock is ticking. In 37 hours, the warhead will explode, reducing the city of London to a pile of ash. Only this time, Nadia is prepared to pull the trigger at any cost…

The deadly trail will take her from crowded Moscow to the silent streets of Chernobyl, but will Nadia find what she is looking for before the clock hits zero?

One of the commonest questions I’m asked is whether any of my characters are based on real people that I know. My answer is usually, ‘Well, sort of…’ It’s a good and natural question, but the full answer is tricky.

So, why do it? It takes a lot of time and effort to create a brand new character out of nothing, one who will resonate with readers, and who will, as Hemingway put it, ‘leave footprints in the snow.’ Sometimes it comes easy, a character seems to be hiding in the ink in your pen or in your fingertips above the keys on your laptop, just itching to be born. Other times it’s easier to use someone you know as a starting point. But that’s all. A starting point.

What’s the process? I pick someone I know, or have known. They must have something about them that ‘fits’ the character I want to portray. For example, I once knew someone who was a bit of a scary individual. He’d nearly died, and that experience seemed to have affected him in not-always-positive ways. I used his character as the basis for Danton, a sadistic torturer in 66 metres. Of course in reality he’s an okay dude, but there was just enough to leap off from the real person, to extrapolate to how he might be in a different life, and to bring flesh and bones to his fictional persona. It worked. Some people can’t read some of the scenes involving him, as he’s pretty nasty.

Do you make them look the same? No, I almost always change some or all physical attributes. Otherwise you can end up writing about the real person and how they might react, rather than who the story needs them to be.

Do you do this for the principal characters, e.g. Nadia or Jake? No. I think an author should always take the long route for the protagonists and the other main players. That way they are entirely constructed for the novel, and the result will feel more authentic to the reader.

How many characters do you do this for? Just two or three. 66 metres had four. 37 hours, one, and she was a minor character. It can work well for ‘walk-on-walk-off’ characters, as you can give them a ‘handle’ (a pithy description that immediately brings them to life) quite quickly, so that even secondary characters seem three dimensional, and appear to have a life off the page.

Do the real people ever find out? How do they react? Here’s the downside. In my earlier, pre-Nadia writing, someone found out and wasn’t too happy about it, and didn’t like the way they’d been portrayed, even though they were a hero. So, I got burned once, and now I never tell people. The trouble is, that in the author’s mind, the new characters really are different from the person who acted as the launch-point, but to the actual person, of course, well, they may see it differently. One guy though, a good friend, really gets a kick out of the fact that I made him evil.

Which characters end up seeming more real to the reader? Here’s the crux. If you work hard on a completely fictional character, I think those are the ones people most relate to, and most remember. In 66 metres, for example, there is Lazarus, who is pretty memorable, and came completely out of the blue. And there is Nadia, the protagonist. People really think I based her on somebody, but it’s simply not the case. And if she was real, given what I put Nadia through in the novels, she’d probably hunt me down… 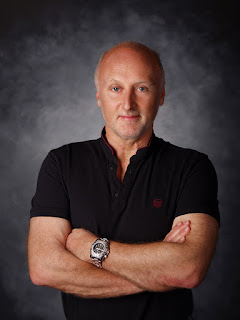 J.F. Kirwan is a writer for Harper Collins, under their HQ digital imprint. By day he works in aviation and nuclear safety, but at night, during bouts of insomnia, he writes thrillers with significant body counts. He’s an ex-diving instructor, so there is an underwater element in each of his two novels, 66 Metres and 37 Hours. Most readers find his writing has a cinematic feel, as if you are there with the characters. The original inspiration for the protagonist, Nadia, came from Stieg Larsson’s Girl with the dragon tattoo, though David Baldacci and Lee Child have had significant impact on the writing style, plotting and pace. He is currently writing the third book in the series. 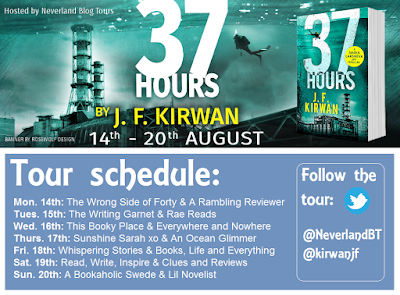