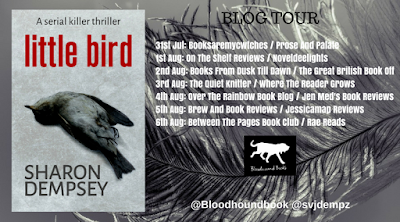 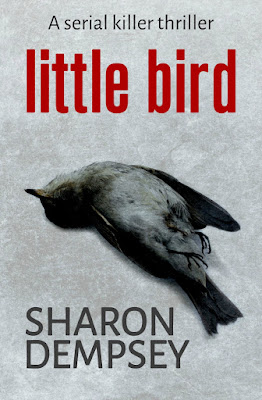 Some secrets are best kept quiet.

Declan Wells, a forensic psychologist, has a lot on his plate. He has been struggling with the aftermath of a car bomb, which has left him in a wheelchair, his wife has been dutiful but Declan is certain she is having an affair, and his eldest daughter Lara’s new property developer husband, has dubious business practices.

Meanwhile, Anna Cole is running away from her mother’s death and a stale relationship. On secondment to the Police Service of Northern Ireland from Wales, Anna hopes that she can throw herself into work to distract herself from her guilt.

Then the murders begin and the killer leaves behind some very strange messages.

Can Anna and Declan work together to catch this deranged murderer?

Will either of them be able to get over their turbulent pasts?

I loved how easy it was to be pulled into this story with a gripping writing style that once I started kept me interested in both the characters and story. The opening is shocking and definitely got my attention. At times it was pretty tense to see things play out and in these moments I somehow always seemed to find myself sat up straight almost on the edge of my seat.

The pacing is pretty good and I especially liked to read the parts involving the killer even if at times they were a little hard to stomach. It was intriguing to get an insight into why the killer was committing the murders. Some of the descriptions are gory so it may be best to prepare yourself for this.

With characters who had me interested in their lives and what motivated them especially Anna's character. You can see her determination to succeed and also how she felt being the new person trying to fit into an already established team. Anna is also quite complex and this is shown perfectly throughout the story. Then you have Declan who ends up involved and ends up joining forces with Anna. He has been left in a wheelchair due to a car bomb and you get to see the effect that this has on him and his family.

I liked how the case was built up and they went about investigating the case. I always enjoy putting the clues together so this was perfect for me.

A sinister and creepy killer with an intense and dark storyline.

With thanks to Sarah & Bloodhound Books for my copy. This is my honest and unbiased opinion. 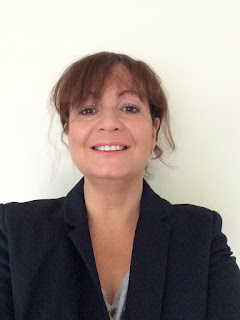 Sharon Dempsey is a Belfast based writer of fiction and non-fiction books, with four health books published. She facilitates therapeutic creative writing classes for people affected by cancer and other health challenges and runs a creative writing group for young people, called Young Scribblers, at the Crescent Arts Centre.

Sharon studied Politics and English at Queen’s University and went on to City University, London to do a postgraduate diploma in journalism.  She has written for a variety of publications and newspapers, including the Irish Times.

Through the Arts Council NI’s Support for the Individual Artist Programme (SIAP), Sharon was awarded funding, which she used to acquire mentoring from, bestselling Irish crime writer, Louise Phillips. Louise was a great support while Sharon was writing Little Bird, her first crime novel.
Author Links: