Thank you for joining me on the blog tour for Deadly Burial by Jon Richter, today I'm delighted to be sharing my review and there is also a great giveaway to enter. First of all let's take a look at the description for the book... 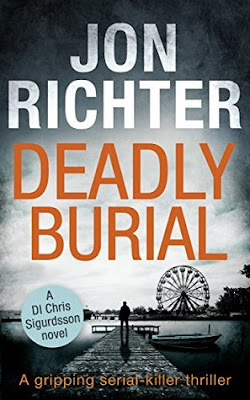 When DI Chris Sigurdsson is assigned a grisly murder case on remote Salvation Island, he knows that it might be his strangest yet.

A forgotten wrestling star of the 1980s has been poisoned whilst in the ring, and amidst the slippery lies of his dangerous opponents, unravelling the victim’s murky past is almost impossible.

And as a storm threatens to cut Salvation Island off from the mainland, the race is on for Sigurdsson to find the ruthless killer before he strikes again…

Book is on sale at Amazon at the following link:

I loved the references to the wrestling even though I'm not really a fan myself it did take me back to my childhood as my brother always seemed to be watching it on the TV. So it was interesting seeing some of the background scenes behind everything involved down to storylines and the characters the wrestlers portray. The setting for the story has a very eerie atmosphere and easily makes the story feel more tense.

Sigurdsson was an interesting character especially as he isn't your average detective. This is mainly due to having problems with anxiety it gave him a more human side to his character. There are multiple suspects to keep things interesting as Sigurdsson and Mason investigate. With a few twists and turns that helped move the story along at a steady pace. I enjoyed the excerpts written by Vic for his book it definitely showed the darker side to his fame.

With short stories they can either feel rushed or not have enough content but I found Deadly Burial had an intriguing story that held my interest. With it being a quick read if you have a spare afternoon or evening then this book could be perfect for you.

With thanks to Jenny at Neverland Blog Tours for my copy. This is my honest and unbiased opinion 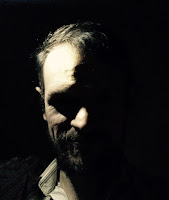 Jon Richter lives in London and spends most of his time hiding in the guise of his sinister alter ego, an accountant called Dave.  When he isn’t counting beans, he is a self-confessed nerd who loves books, films and video games – basically any way to tell a good story.  Jon writes whenever he can and hopes to bring you more disturbing stories in the very near future.  If you want to chat to him about this, or about anything at all, you can find him on Twitter @RichterWrites, or at his Facebook page at https://www.facebook.com/richterwrites2.

INTERNATIONAL
Prize is an eBook copy of the book

a Rafflecopter giveaway
at September 10, 2017