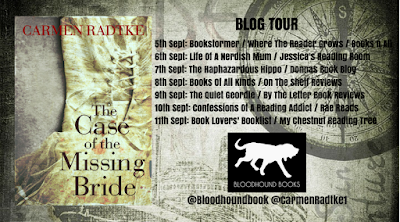 I'm delighted to be one of the stops on the blog tour for The Case of the Missing Bride by Carmen Radtke. Today you can catch my review but first of all let's take a look at the description for the book... 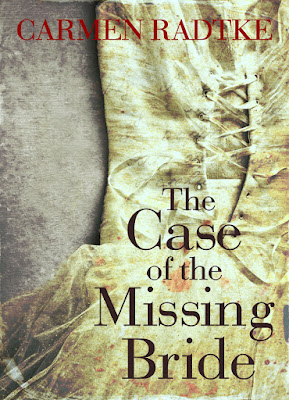 When a girl goes missing on board of an ocean liner, only one person is convinced that the disappearance is no accident. Alyssa has found herself with a group of impoverished girls who are embarking from Australia to Canada in the hope of marriage. As the daughter of a senior official, Alyssa doesn’t share this goal. She hopes to return to England via Canada and sees the trip as her only way to secure any passage on a ship. But the girls all share one problem. Their presence on the ship is not known to many of its passengers but their worlds collide when one of the gentlemen discovers the girls. Then Emma, one of the intended brides, goes missing. Alyssa is convinced the disappearance is no accident, and she will risk her own life to search for the killer. What happened to Emma? Is there a murderer on board the ship? Alyssa is about to discover that there is more to her voyage into the unknown than she bargained for.

I always enjoy historical fiction so I couldn't wait to start reading The Case of the Missing Bride and I loved the idea of the story taking place on a ship as it really added an extra claustrophobic element. Alyssa is feisty and knows her own mind which I loved even if at that point in history she was almost ahead of her time. She has a wonderful sense of determination especially when it comes to the friends she has made along with making sure they are looked after.

I was constantly changing my mind over who the killer was, the slow build up helped me to get to know the characters. It was intricately written giving different suspects which helped to keep the tension over who the killer is. There are parts that are shown from the killers point of view and to be honest I really enjoyed these parts. It was an interesting way to get an insight into the how and why which helped move the story along perfectly.

It didn't take me long to become engrossed in the story and within a couple of chapters I didn't want to put this book down. My attention was held and one of those reasons was down to Alyssa's character along with her clashes with Mark.  The mystery is very intriguing and kept me on my toes wondering what would happen next. If you are a fan of fast paced and non stop action you may be disappointed. However you get a real feel for the characters and how they adjust to life on the ship aswell as their expectations and hopes for the future. I think the story just flows seamlessly providing intrigue, murder and a hint of romance.

When it came to the ending I almost wished it didn't have to end as I had got quite attached to the characters and would have loved to have read more. 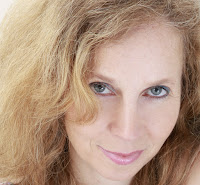 Carmen has spent most of her life with ink on her fingers and a dangerously high pile of books and newspapers by her side.

She has worked as a newspaper reporter on two continents and always dreamt of becoming a novelist and screenwriter.

When she found herself crouched under her dining table, typing away on a novel between two earthquakes in Christchurch, New Zealand, she realised she was hooked for life.

The shaken but stirring novel made it to the longlist of the Mslexia competition, and her next book and first mystery, The Case Of The Missing Bride, was a finalist in the Malice Domestic competition in a year without a winner.

Carmen was born in Hamburg, Germany, but had planned on emigrating since she was five years old. She first moved to New Zealand and now lives in York, UK, with her daughter, cat, and sometimes her seafaring husband comes home.