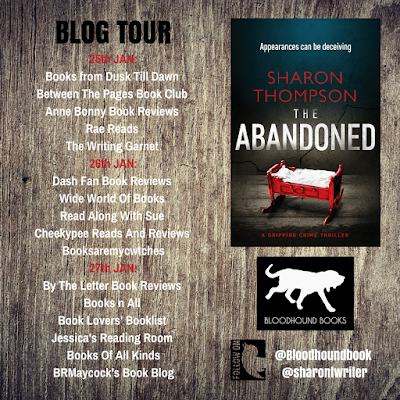 Thank you for stopping by it's the start of another fab blog blitz and also publication day for The Abandoned by Sharon Thompson. Today you can catch my review but first of all let's take a look at the description for the book... 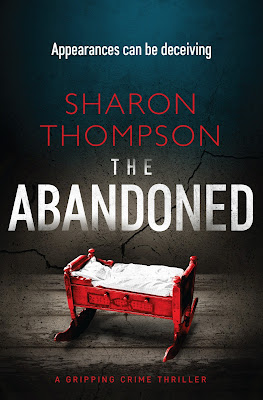 Peggy Bowden has not had an easy life. As a teenager her mother was committed to an asylum and then a local priest forced her into an abusive marriage. But when her husband dies in an accident Peggy sees an opportunity to start again and trains as a midwife.

In 1950s Dublin it is not easy for a woman to make a living and Peggy sees a chance to start a business and soon a lucrative maternity home is up and running. But when Peggy realizes that the lack of birth control is an issue for women, she uses their plight as a way to make more money. Very soon Peggy is on the wrong side of the law.

What makes a woman decide to walk down a dark path? Can Peggy ever get back on the straight and narrow? Or will she have to pay for her crimes?

Set against the backdrop of Ireland in the 1950’s The Abandoned tells the story of one woman’s fight for survival and her journey into the underbelly of a dangerous criminal world.

I have to admit to not quite knowing what to expect when I picked up this book what I will say is that I was pulled straight into Peggy's life. Peggy is a very intriguing character she isn't wholly likeable and does some questionable things however she is resilient and strong and will do what she can to survive. The way her story is told is matter of fact and you really do get a feel for her character both the good and the bad. The pace throughout is steady with some of the faster paced parts providing some darker more grittier moments.

The writing is descriptive and really sets the scene for the reader as if you are right there with Peggy as more and more trouble seems to find her. Along with experiencing all the desperation that the characters feel from that time period. The question is will Peggy learn from her mistakes and end up making the right choices?

Expect a few surprises along the way that definitely make Peggy's life more interesting. There is plenty of family drama, crime and one woman's will to survive doing whatever it takes.


With thanks to Sarah at Bloodhound Books for my copy. This is my honest and unbiased opinion. 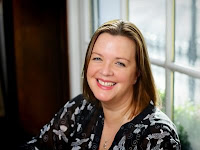 Sharon Thompson lives in Donegal, Ireland. She is a member of Imagine, Write, Inspire. This is a writing group, under the mentorship of HarperCollins author Carmel Harrington. Sharon’s short stories have been published in various literary magazines and websites. #WritersWise is her collaboration with writer, Dr Liam Farrell. This is a trending, fortnightly, promotional tweet-chat with corresponding Facebook page and website (www.writerswise1.wordpress.com). Its mission is to encourage and support writers to reach as wide an audience as possible. Although she mostly writes crime fiction, Sharon does have a fun-side and she writes the quirky Woman's Words column for the Donegal Woman wesbite. Sharon Thompson. Writing Fun is her writing page on Facebook and she tweets @sharontwriter.