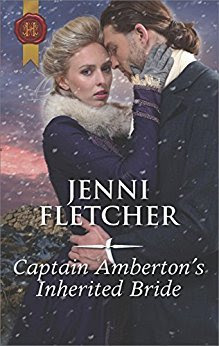 and you’ll have your freedom.”

Her father’s will dictates Violet Harper must wed or be disinherited—yet she’d rather face the wilderness of the wintry Yorkshire moors than be bound to cynical, damaged soldier Captain Lance Amberton. Lance promises a marriage of convenience that will grant Violet her independence. In exchange, she must put her faith in Lance and see beyond his gruff exterior to the man beneath…

The characters of Violet and Lance were just perfectly developed within this story with both of them at times pulling at my heart strings. There is so much more to the characters than first appears and Jenni Fletcher's writing brought their personalities out in a way that made the story such a pleasure to read. Violet has a big heart with an inner strength even after everything she has been through that made her so very likeable for me. Then you have Lance who has hidden depths that were revealed piece by piece and changed my opinion of him making him such a strong hero. Their interactions were entertaining with a deep chemistry between the pair that was so lovely to see play out.

I have to mention the setting as it was definitely a highlight for me with it being set in Yorkshire and I do have to admit to having a soft spot for Whitby. The pace of the story was pretty perfect and I actually read it over one evening as I just couldn't put it down.

Captain Amberton's Inherited Bride is such a delightful story with two characters who charmed me completely!

With thanks to Jenni Fletcher for my copy. This is my honest and unbiased opinion. 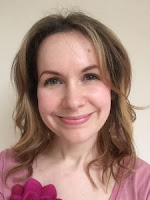 Jenni Fletcher was born on the north coast of Scotland and now lives in Yorkshire, where she writes Medieval, Roman and Victorian romance novels.

She studied English at Cambridge University before doing an MA on Women and Literature in English and a PhD on Victorian & Edwardian literature at Hull University. After realising that she was better at writing than teaching, she worked in a number of administrative jobs whilst trying to finish her first book, which was rejected. Thinking there must have been some mistake, she then wrote another, which was fortunately accepted by Harlequin Mills&Boon.
She spends a large part of her day obsessing about things like the Oxford Comma and whether she uses exclamation marks too often (she does!) whilst getting distracted by Twitter. The rest of the time she drinks too much caffeine, eats too much chocolate, and tries not to drop crumbs into her keyboard.
When not writing, obsessing or cleaning up after her children, she likes mountain biking, hiking and watching period dramas (her husband joins her for two of those). She knows nothing about sport or crime fiction, but can talk with authority on Minecraft, Star Trek (mainly Next Generation) and the Lord of the Rings.
Her favourite Jane Austen novel is Persuasion and her favourite Brontë is Anne. If she had to choose a romantic hero it would be John Thornton, but maybe that’s just because she’s Northern.
Author Links