Thank you for stopping by I'm delighted to be sharing my review as part of the blog tour today. First of all though let's take a look at the description for the book... 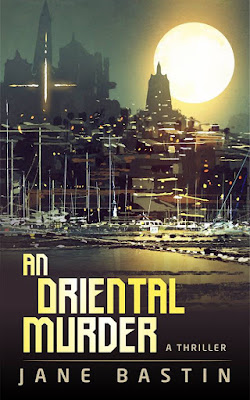 The Pera Palas hotel in Istanbul, Turkey plays host to the Agatha Christie Writers’ Congress when real life imitates fiction. The bodies of the Prime Minister and his occasional mistress are found dead in one of the hotel’s locked rooms surrounded by bodyguards. Seemingly, no one could get in or out, and yet…

Inspector Sinan Kaya is convinced that foreign agents are culpable, and that the murders are linked to the recent spate of killings of Turkish government officials.

Within this complicated, crime riddled city, Sinan Kaya’s moral compass never falters. Not concerned with threats of dismissal from the force, he cuts his own path through the investigation, determined to uncover the truth.

An Oriental Murder is a tale of espionage and murder set against the backdrop of beautiful Istanbul, the ancient city where east and west meet.

I enjoyed the overall pace of the story as we get to meet Inspector Sinan Kaya as he investigates a locked room murder. In a way this story unfolded in a different way to what I was expecting as I thought there would be more emphasis on the Agatha Christie Writers' Congress. However I don't think that this ended up being a bad thing. I loved the idea of a story set in Istanbul so this part of the book shines through as we hear descriptions that really help to set the scene and bring the story to life. The setting works well especially as you get the intrigue within the politics of the Turkish government.

How could I not like Sinan especially as he has a love of food that at times made me crave what was being described. You also get to know Bea and her mother they are definitely larger than life characters but they do make an interesting addition to the story.

There are secrets, murder and mystery within the pages of An Oriental Murder that makes for an intriguing story. 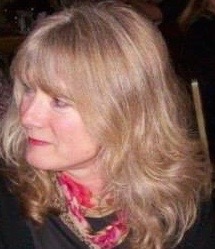 Jane is a storyteller, writer, traveller and educator. Having lived and worked for over thirty years in Turkey, Jane has amassed a breadth of experiences that have led to the writing of the Sinan Kaya series of novels. Of course all characters and events are fictitious!

Fluent in both English and Turkish, Jane writes in both languages and has had a range of articles published in Turkish periodicals and magazines alongside British newspapers.
Jane now divides her time between rainy Devon and sunny Turkey, 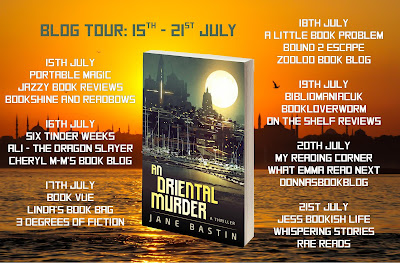