I'm thrilled to be one of the stops on the blog tour for The Daughter of River Valley by Victoria Cornwall and sharing my review today. First of all though let's take a look at the description for the book... 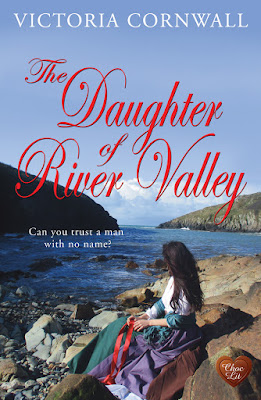 Beth Jago appears to have the idyllic life, she has a trade to earn a living and a cottage of her own in Cornwall’s beautiful River Valley. Yet appearances can be deceptive …

Beth has a secret. Since inheriting her isolated cottage she has been receiving threats, so when she finds a man in her home she acts on her instincts. One frying pan to the head and she has robbed the handsome stranger of his memory and almost killed him.

Brought together by unknown circumstances, and fearful he may die, she reluctantly nurses the intruder back to health. Yet can she trust the man with no name who has entered her life, or is he as dangerous as his nightmares suggest? As they learn to trust one another, the outside threats worsen. Are they linked to the man with no past? Or is the real danger still outside waiting … and watching them both?

I have to admit when I first picked this book up I never expected to be drawn into the story as much as I was, making it such a pleasant and wonderful surprise! With two engaging characters who I couldn't help but love especially as they meet in a very interesting way. I enjoyed the journey that both these characters go on as they begin to get to know each other even though one of them has no memories. I loved the mystery over the identity of this intruder into Beth's life. It was such an engrossing story as everything slowly but surely begins to fall into place.

The setting for The Daughter of River Valley is beautiful and written in such a wonderfully descriptive way that it felt as if I was right there with the characters. This story well and truly whisked me away into the past and I loved every moment.

The Daughter of River Valley has two very strong and determined personalities in Beth and the mysterious stranger. It was so easy to fall in love with their story which really helps to make this book even more engaging. Victoria Cornwall also portrays the struggles of that era so well which adds an extra depth the plot. It had an emotional edge that made me easily connect with both the story and characters. Then add in a few surprises along the way to keep things interesting I didn't want to leave this book for a moment and picked it up whenever I was able.

Mesmerising with a beautiful romance!

With thanks to Rachel at Rachel's Random Resources and Choc Lit for my copy. 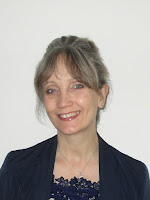 Victoria Cornwall can trace her Cornish roots as far back as the 18th century and it is this background and heritage which is the inspiration for her Cornish based novels.

Victoria’s writing has been shortlisted for the New Talent Award at the Festival of Romantic Fiction and her debut novel reached the final for the Romantic Novelists’ Association’s Joan Hessayon Award.

Victoria likes to read and write historical fiction with a strong background story, but at its heart is the unmistakable emotion, even pain, of loving someone.

She is a member of the Romantic Novelists’ Association. 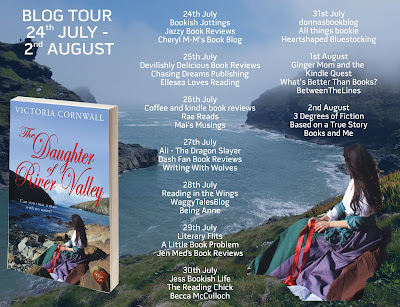