If You Love Me, I'm Yours by Lizzie Chantree @Lizzie_Chantree #BlogTour @BrookCottagebks #Extract #Giveaway #Review

I'm delighted to be one of the stops on the blog tour for If You Love Me, I'm Yours by Lizzie Chantree and sharing my review today. First of all though let's take a look at the description for the book... 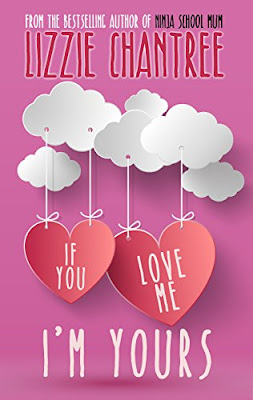 Maud didn’t mind being boring, not really. She had a sensible job, clothes, and love life… if you counted an overbearing ex who had thanked her, rolled over and was snoring before she even realised he’d begun! She could tolerate not fulfilling her dreams, if her parents would pay her one compliment about the only thing she was passionate about in life: her art.

Dot should have fit in with her flamboyant and slightly eccentric family of talented artists, but somehow, she was an anomaly who couldn’t paint. She tried hard to be part of their world by becoming an art agent extraordinaire, but she dreamed of finding her own voice.

Dot’s brother Nate, a smoulderingly sexy and famous artist, was adored by everyone. His creative talent left them in awe of his ability to capture such passion on canvas. Women worshipped him, and even Dot’s friend Maud flushed and bumped into things when he walked into a room, but a tragic event in his past had left him emotionally and physically scarred, and reluctant to face the world again.

Someone was leaving exquisite little paintings on park benches, with a tag saying, ‘If you love me, I’m yours’. The art was so fresh and cutting-edge, that it generated a media frenzy and a scramble to discover where the mystery artist could be hiding. The revelation of who the prodigious artist was interlinked Maud, Dot and Nate’s lives forever, but their worlds came crashing down.

Were bonds of friendship, love and loyalty strong enough to withstand fame, success and scandal?

It was so much fun getting to know Maud, Dot and Nate along with seeing the journey that they all went on. They were such a great bunch of characters with lively and quirky personalities but with hidden depths too.

There was a lovely light hearted feel to the entire story that made it such a pleasure to read. I loved the creative aspect to the story with it being focused on art along with the characters finding themselves and being able to be confident in their abilities. Maud is a character I loved straight away especially as she has a difficult relationship with her parents although mainly her mum! I was eager for her to trust herself and be able to let the comments not bother her anymore which I know is easier said than done!

There is romance within the story but it is balanced out perfectly with themes of friendship and finding yourself. With humour and witty writing I was smiling away to myself on more than one occasion. There was emotion there too as each character processes what has happened in the past and then looks to the future.

If You Love Me, I'm Yours is playful, fun and very entertaining!

Chapter One
Maud closed her eyes and prepared to jump off the emotional cliff she was teetering on the edge of. She shuffled forward until she felt sick with nerves, took a deep calming breath and waited.
‘Oh, Maud...’ her mother sighed. ‘Not again.’
Maud cringed at the familiarity of those words, and in her mind, she stepped off into the void and plunged into the icy darkness without a whimper. In reality, she was still in her lounge, but being around her mother made her feel like an abject failure and the words she uttered sliced through Maud and filled her with doom. Her mum pushed her to the edge of reason on a regular basis. She wished that for once her mother could try harder to be nice. Surely it couldn’t be that difficult to be grateful for the anniversary gift she had been given and to offer a smile, even a fake one, for the sake of her child? It was the same every year and Maud was finally ready to surrender and stop trying so hard to make them understand her and compliment one of her paintings. It was never going to happen, she realised with a heavy heart.
Maud didn’t mind being boring, not really. She had a sensible job, sensible clothes, a sensible love life... if you counted two overbearing exes and a one night stand who had thanked her, rolled over and was snoring before she even realised he had started! She was ok with not fulfilling her dreams or being outrageous and carefree, she just wanted her parents to pay her a compliment, just once, after years of disapproval and disappointment.
Maud knew that as far as her mum was concerned, she was the most amazing parent who encouraged her daughter to have a responsible career until she settled down and found a ‘suitable’ husband. Granted, Maud was a very good, well-liked and adept teacher’s assistant in the local primary school, but every time she pushed against the boundaries set by her parents for their perfect daughter... ‘Oh, Maud!’
It was ridiculous, she was twenty-four, thought Maud. She wished she had a big glass of wine to slug back, but her mother would disapprove of that too, suggest in horror that she was a ‘wino,’ and hand her the number for AA, which she would have readily available in the little brown Filofax she carried everywhere in her patent handbag. The woman was a menace. 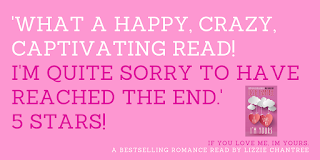 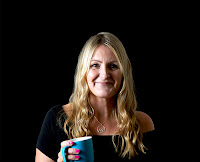 Award-winning inventor and author, Lizzie Chantree, started her own business at the age of 18 and became one of Fair Play London and The Patent Office’s British Female Inventors of the Year in 2000. She discovered her love of writing fiction when her children were little and now runs networking hours on social media, where creative businesses, writers, photographers and designers can offer advice and support to each other. She lives with her family on the coast in Essex.

A signed copy of this book and a Swarovski crystal handbag charm.
(OPEN INTERNATIONALLY)