Thank you for stopping by I'm delighted to be shining a spotlight on A Laughing Matter of Pain by Cynthia Hilston on Publication Day!

So let's take a look at the description for the book... 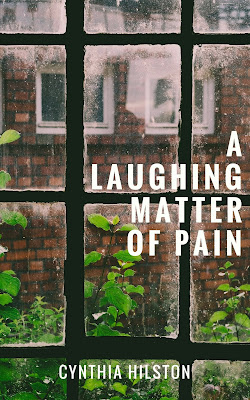 Harry Rechthart always knew how to laugh, but laughter can hide a lot of pain that’s drowned by the bottle and good times. He grew up the joker in the early 1900s in Cleveland, Ohio, but as he enters adulthood, conflict splits him. His once close relationship with his brother, Erik, breaks as they come into their own and Erik goes off to college. No longer under Erik’s shadow, Harry feels he might finally shine and make others see him as someone to be proud of. Harry finds an unlikely comrade who understands how he feels–his younger sister, Hannah. Once free of high school, Harry and Hannah double date sister and brother, Kat and Will Jones, attending wild, extravagant parties during the years of Prohibition. Harry thinks he’s won at life–he’s found love in Kat, in a good time, and in the bottle. But all the light goes out fast when Harry’s alcoholism leads to disastrous consequences for him and Kat.

Harry thinks the joke’s on him now that he’s sunk lower than ever. He’s in jail. He’s pushed away his family. He’s a broken man, but in the darkest depths of a prison cell, there is hope. Can Harry rebuild his life and learn that true laughter comes from knowing true joy, or will he bury himself once and for all in this laughing matter of pain? 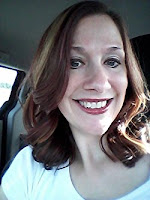 Cynthia Hilston is a thirty-something-year-old stay at home mom of three young kids, happily married. Writing has always been like another child to her. After twenty years of waltzing in the world of fan fiction, she finally stepped away to do her debut dance with original works of fiction. Hannah's Rainbow: Every Color Beautiful is her first original novel. She's currently working on more books. Visit her website for more information.

In her spare time - what spare time? - she devours books, watches Doctor Who and Game of Thrones, pets her orange kitty, looks at the stars, and dreams of what other stories she wishes to tell.