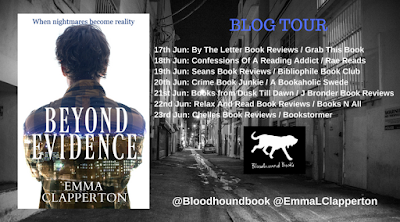 Thank you for joining me on the blog tour for Beyond Evidence by Emma Clapperton. I have a great guest post by Emma to share but first of all let's take a look at the description for the book... 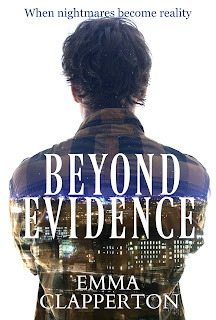 In an alley way of the back streets of Glasgow there lies a decomposing corpse of a slain female baking in the midday heat. No one has found her yet, but medium Patrick McLaughlin knows she is there. It is not the first time he has dreamt of death... and he soon finds out that it is not to be the last. Meanwhile, the local police start to request DNA samples from twenty something men in the bustling city of Glasgow where several bizarre murders have taken place. Through a hunch and in the belief that the terrifying dreams hold the key to the identity of the murderer, Patrick works alongside the police to track down the predator before they can strike again. The nightmares do not ease up and begin to tear at Patrick’s sanity and in the midst of the investigation, at what cost would Patrick have to pay to stop the killer striking again? His friends? His family? His life?

My interest in the spirit world.

Ever since I was little, I have had a strong interest in the spirit world, ghosts and the afterlife. I have always wondered what happens to us after we die. Where do we go? I have always thought deeply about what happens to us as people, our personalities and our souls. Surely, after everything we achieve in life, we must go somewhere. I have wondered about reincarnation, which also fascinates me. And of course, maybe nothing happens to us. Maybe we do just die. Sounds morbid, I know.

I have visited many spiritualist mediums over the years, some of which have not given a clear message. But there have been a few that have stopped me in my tracks and made me think, how could they have known that?

I have had an experience of my own, when I was about 18 years old I was staying at my boyfriend’s house in a village called Garelochhead in Scotland, not far from Fast Lane Naval Base. His step dad has strong connection to the spirit world and he told us that the house was ‘haunted’. I didn’t believe him, even for someone like me who wanted to experience it for myself. He told us that his grandson, who was only 4 years old at the time, asked him who the old man in the bath was. He went in to detail about the old man and said that he chatted for a while.

The night I stayed, I woke up in the middle of the night, to see the figure of a man standing at the bottom of our bed. I rubbed at my eyes, expecting them to adjust to being awake and for the figure to have disappeared. It hadn’t, it still stood there, a faceless shadow in the darkness.

I shook Chris awake and told him, but when he woke up, the figure was gone.
I respect everyone’s beliefs and that not everyone believes we go onto something else once we die. But I believe we do. I suppose deep down, it could be a feeling of comfort. But for now, it is what I think happens.

And this is why I based Beyond Evidence around death and the afterlife and what happens when human’s reach the spirit of those who have passed on. I have put my passion for the afterlife into my writing and my characters and I have loved creating such a dark and twisted story. I am currently writing more for the Patrick McLaughlin series and I can’t wait to see where the books go.

Thank you so much to Emma for the fab guest post. 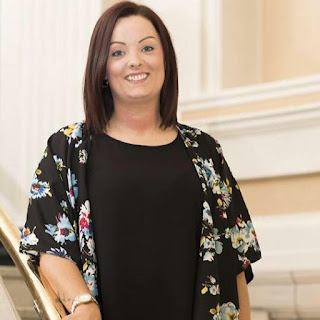 Emma Clapperton, born December 1985, has always had a passion for reading and writing. She particularly enjoys reading supernatural or horror books.

Emma studied childcare and gained qualifications to work with the early years in 2002, later going on to work in the Montessori sector of early years. In 2017 she gained a qualification to work as a Forest School early years leader and can often be found teaching three and four year olds how to cook on an open fire.
She is the writer of a supernatural crime series based in Glasgow, which she writes under the pen name of Emma L Clapperton.

She currently resides in a little town outside of the city of Glasgow with her husband and ginger cat and is working on future projects.