Thank you for stopping by today as I have a fabulous cover reveal for you!

It's for The Little Wedding Island by Jaimie Admans.

I adored The Chateau of Happily Ever Afters so I really can't wait to read this book. I will have to be a little patient as the release date for The Little Wedding Island is the 2nd March, 2018.

However I can share with you the gorgeous cover. 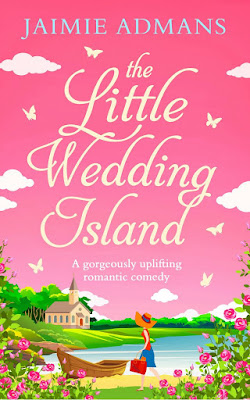 Now you have seen the cover let's find out about the book...

*Please Note:
The description is unofficial and may be changed*

Bonnie Haskett loves love. She’s a hopeless romantic who’s always daydreaming of the day she’ll finally get married and live happily ever after. She hasn’t found Mr Right yet, but she’s sure he’s out there somewhere… For now, she consoles herself by writing about beautiful weddings for a bridal magazine, watching brides and grooms so hopelessly in love that it’s enough to melt even the harshest cynic’s heart.

Rohan Carter is love’s harshest cynic and nothing about a wedding will melt his heart, thank you very much. He writes a monthly column for a men’s magazine in which he advises men never to get married and gives advice on how to protect themselves from love.

These two rival journalists find themselves stuck together on Edelweiss Island, an island off the south coast of Britain that has become known as ‘the little wedding island’. There’s a rumour that no marriage performed in the church there has ever ended in divorce, and Bonnie and Rohan are both sent to investigate it.

However, they quickly find the locals are unwelcoming and untalkative, and no one is going to tell them anything about this ‘church of no divorces’ if they aren’t there to get married in it. There’s only one thing for it – team up and pretend to be engaged to each other to gain access to the church and find out what’s really going on there. They might not be friends, but their only chance to get the inside scoop on the mysterious island that everyone’s talking about is each other. It would be a win for both of them and all it would take is one little white lie. Just one...

Available from all other ebook retailers too. 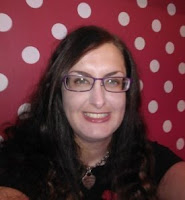 Jaimie is a 32-year-old English-sounding Welsh girl with an awkward-to-spell name. She lives in South Wales and enjoys writing, gardening, watching horror movies, and drinking tea, although she’s seriously considering marrying her coffee machine. She loves autumn and winter, and singing songs from musicals despite the fact she’s got the voice of a dying hyena. She hates spiders, hot weather, and cheese & onion crisps. She spends far too much time on Twitter and owns too many pairs of boots.
She will never have time to read all the books she wants to read.