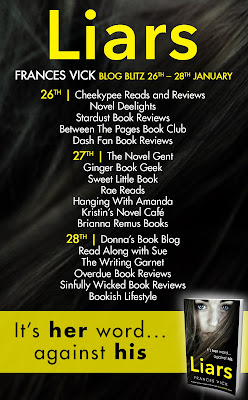 I'm thrilled to be taking part in the blog blitz for Liars by Frances Vick and sharing my review today. First of all though let's take a look at the description for the book... 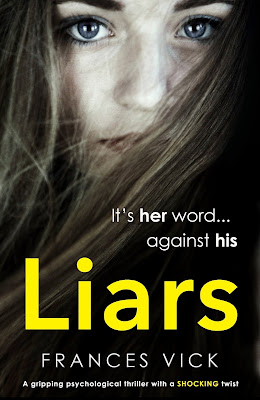 He loves you. He’d do anything for you. But you don’t even know his name.

Jenny hasn’t had an easy life – no job and no money, with a sick mother and an abusive ex-stepfather. Not that anybody cares, she’s from the wrong side of town.

David has taken care of Jenny ever since they were at school together. He knows how special she is, how much she needs his support. David has a lot of love to give.

Jenny and David aren’t in a relationship. They aren’t even friends.

Jenny thinks she’s free to do what she wants, see who she likes. What does David think? Well, you’ll have to find out.

A gripping psychological thriller about the lies we tell ourselves, perfect for fans of Friend Request, The Couple Next Door and Teresa Driscoll.

I really enjoyed the way that Liars made me wonder where the story would go I wouldn't necessarily class it as fast paced but it had a very real way of pulling me in. The short chapters definitely helped to keep me engaged and eager to find out more. I also enjoyed the blog posts style entries as they gave a bit of insight into what Jenny was feeling. The characters in this book aren't necessarily likeable but I think this worked well for the style of the story it kept the reader wondering and thinking about their motives.

There were twists and turns that made the story even more intriguing and Liars manages to have that tense undercurrent running throughout. With revelations timed to help increase the feeling of unease the more you get involved in the story. There were shocks and surprises that left me thinking "really wasn't expecting that" after all it's always good to be surprised. There are lots of themes featured in Liars that all come together to provide a dark and very intriguing story. 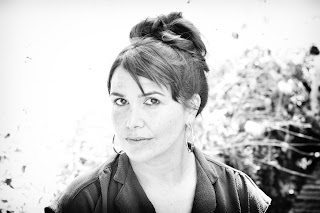 The only child of parents who worked at a top security psychiatric hospital, Frances Vick grew up receiving disquieting notes and presents from the patients. Expelled from school, she spent the next few years on the dole, augmenting her income by providing security and crewing for gigs, and being a medical experiment guinea pig. Later jobs included working in a theatre in Manhattan, teaching English in Japanese Junior High Schools, and being a life model in Italy, before coming back to London and working with young offenders and refugees. Her first novel 'Chinaski' was published in 2014, her second, bestselling novel 'Bad Little Girl' came out in February 2017. Liars is out now.