I'm delighted to be sharing a cover reveal with you all today for Amy Cole Has Lost Her Mind by Elizabeth McGivern.

So what are we waiting for let's take a look... 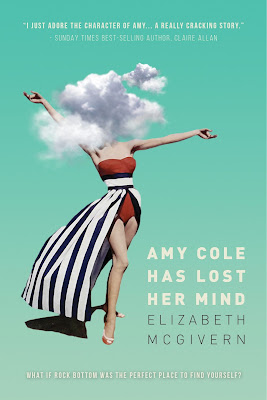 Now we have seen the fabulous cover let's take a look at the description for the book...

Amy Cole is a stay-at-home mum and a woman on the edge.

After a very public breakdown and failed suicide attempt, Amy finds herself trying to make it through her everyday life as a high-functioning zombie.


Elle De Bruyn is a force of nature ready to shake Amy back to life whether she likes it or not.

After a fortuitous meeting, the two embark on a journey together which will change them both and help them find out exactly what they’re capable of when rock bottom is just the beginning.

In an effort to keep her sanity she decided to write a parenting blog after the birth of her first son so she can pinpoint the exact moment she failed as a mother.

In an unexpected turn of events, the blog helped her to find a voice and connect with parents in similar situations; namely those who were struggling with mental health issues and parenting. It was because of this encouragement – and wanting to avoid her children as much as possible – her debut novel, Amy Cole has lost her mind, was born.

Elizabeth lives in Northern Ireland although wishes she could relocate to Iceland on a daily basis. To witness her regular failings as a parent you can find her on:

Why not check out the Mayhem and Beyond Facebook page during the contest period for a fabulous giveaway, see below for details... 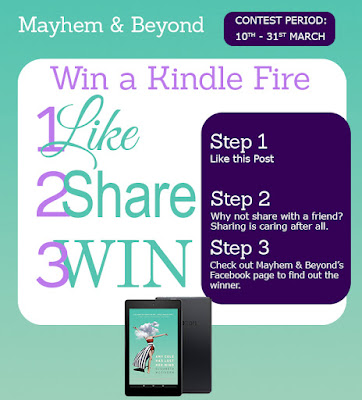