I'm thrilled to be sharing my review for The Craft Room by Dave Holwill as part of the blog tour today. First of all let's take a look at the description for the book... 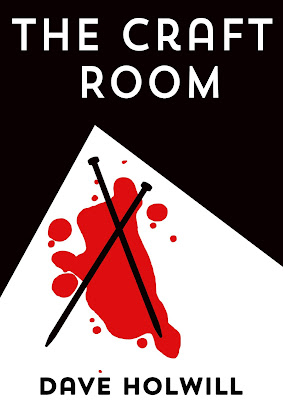 Sylvia Blackwell is tired. Her grandchildren are being kept away from her, and the expected inheritance that might finally get her middle-aged son to move out has failed to materialise – thanks to her mother's cat. It is becoming increasingly difficult to remain composed. On a romantic clifftop walk for her 47th Wedding Anniversary, an unexpected opportunity leads to a momentous decision that will irretrievably change the course of her life. The Craft Room is a darkly comic tale of sex, crepe paper, murder and knitting in a sleepy Devon town, with a 'truly original' premise and genuinely jaw-dropping moments. What would you do if unexpectedly freed from bondage you never knew you were in? How would your children cope? How far would you go to protect them from an uncomfortable truth? You can only push a grandmother so far...

I'm not too sure where to start other than by saying that I loved the dark humour used it gave the story both a light and dark feel which I really enjoyed. Some of the situations had me smiling away to myself even if it wasn't necessarily appropriate! Sylvia is such an intriguing character and caught my attention from the very first page.

The plot moves at a steady and consistent pace with something always happening to keep me fully interested. With some accidental deaths and some not so accidental deaths that create chaos and pull Sylvia in to some tricky situations it's safe to say that I was completely entertained. As the story progresses Sylvia really comes out of her shell along with getting herself into even more trouble!

The Craft Room was so easy to read and was pretty different to the books I usually read, it really was a refreshing and fun change of pace. I ended up finishing this book in one evening as I became quite attached to both the characters and the story!

If you enjoy a story that is a little quirky with humour slightly on the darker side then I'm sure you will enjoy The Craft Room!


With thanks to Rachel at Rachel's Random Resources for my copy. 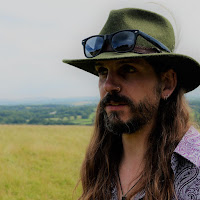 Dave Holwill was born in Guildford in 1977 and quickly decided that he preferred the Westcountry – moving to Devon in 1983 (with some input from his parents).

After an expensive (and possibly wasted) education there, he has worked variously as a postman, a framer, and a print department manager (though if you are the only person in the department then can you really be called a manager?) all whilst continuing to play in every kind of band imaginable on most instruments you can think of.


His debut novel, Weekend Rockstars, was published in August 2016 to favourable reviews and his second The Craft Room (a very dark comedy concerning death through misadventure) came out in August 2017. He is currently in editing hell with the third. 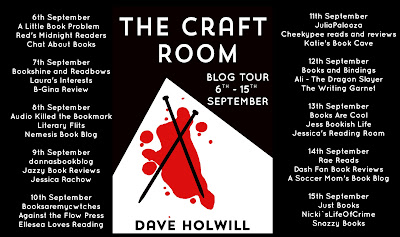