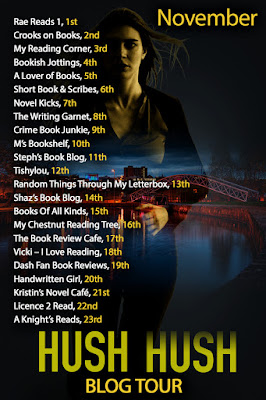 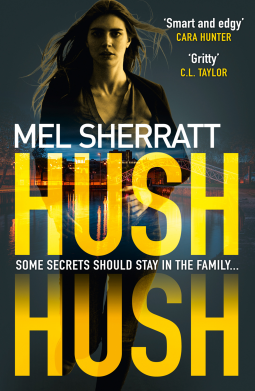 A killer is on the loose, attacking people in places they feel most safe: their workplaces, their homes. It’s up to DS Grace Allendale to stop the murders, and prove herself to her new team.
All clues lead to local crime family the Steeles, but that’s where things get complicated. Because the Steeles aren’t just any family, they’re Grace’s family. Two brothers and two sisters, connected by the violent father only Grace and her mother escaped.
To catch the killer, Grace will have to choose between her team and her blood. But who do you trust, when both sides are out to get you?
An unforgettable thriller that fans of MARTINA COLE and CARA HUNTER won’t be able to put down.
Buy Link

I love a book that even after the first page it feels as if you are right there with the characters. Mel Sherratt effortlessly pulled me in as we are introduced to Grace and to be honest what an intriguing character she is. With a very tricky background for a person in the police force I was waiting to see what would happen if and when her team finds out about her connection to a notorious crime family.

I think the main thing of note regarding this story is that the characters are really well developed especially as I instantly became attached to Grace. She really is in a tricky situation caught between two very different worlds affecting both her job and personal life. I really felt for her especially as sometimes it felt as if she couldn’t win either way!

The plot moves pretty quick and I would say from just a couple of pages in I was hooked. Mel Sherratt really knows how to pull the reader in with such a natural way of telling her story that really made for an engaging read. With plenty of secrets, twists galore and a whole set of trust issues. I really enjoyed getting to know the team along with seeing the investigation play out.

Don’t you just love it when you discover the start of a brand new series. If book one is anything to go by this series will be fantastic! So even though this story is called Hush Hush I won’t be quiet in saying how fabulous this book is. Bring on book two!

With thanks to Sabah at Avon Books for my copy. 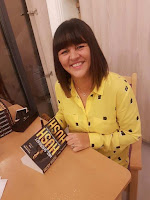 Okay, I know I don’t look all dark and moody like most crime writers appear in their images but I do like to be different…
So what do I write? Actually, it’s what don’t I write. I have published fifteen novels so far: police procedurals, psychological thrillers and fiction with a punch – or grit-lit, as I call it. And then there is my pink side – writing as Marcie Steele.
So, all my novels will take you to the heart of the story.
Since 2012, they have become bestsellers, each one climbing into the Kindle UK top 10, with several in the top 3, and many international best sellers too.
I live in Stoke-on-Trent, Staffordshire, with my husband and terrier, Dexter (named after the TV serial killer) and makes liberal use of my hometown as a backdrop for some of my books.
I’m not sure which I am most proud of – being on the list of Stoke-on-Trent’s top 100 most influential people 2018 or after years of rejection going on to sell over one million books.
Shortlisted for the prestigious CWA (Crime Writer’s Association) Dagger in Library Award 2014, my inspiration comes from authors such as Martina Cole, Lynda la Plante, Mandasue Heller and Elizabeth Haynes.
I regularly appear at festivals, conferences and events across the country – my favourites being London Book Fair and Theakstons Old Peculiar Crime Writing Festival, Harrogate.
So that’s me in a nutshell. Thanks for coming to my website. Don’t forget to sign up to my newsletter and follow me on Twitter and Facebook.